So, two weeks ago I decided that I wanted to run a half marathon, and I wanted to run it in 1:45:00, which is about an 8:00 minute mile pace. I felt like it was a lofty goal, but I could do it. So, I did quite a bit of 7-8 mile runs and a 10 mile run and called it good (I mean, two weeks isn't really super long to train for a half marathon). Well, I pounded that goal with my new half marathon PR time (this was my first official half marathon) at 1:41:52, or a 7:45 minute mile pace. BAM! It was a super downhill course, but I felt really good about what I accomplished! I decided I love half marathons, because it still is a matter of conquering your mind and accomplishing a large race, but your body doesn't take NEAR the pounding of a normal marathon. I think I have found my true distance! I had a great support crew come and cheer me on at the end! Here are some pictures: 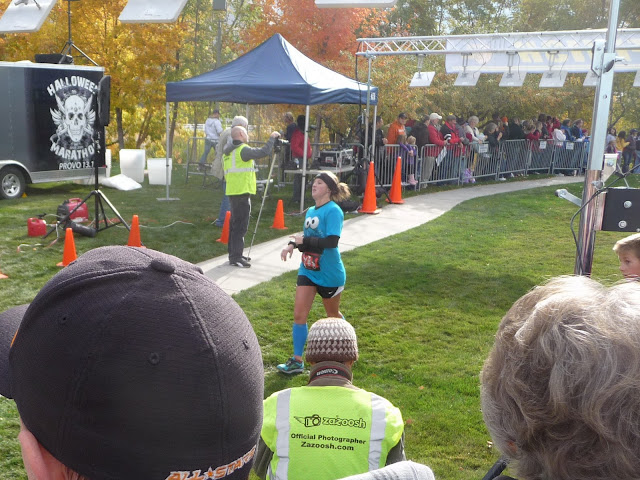 Yes, I was DYING by this point. 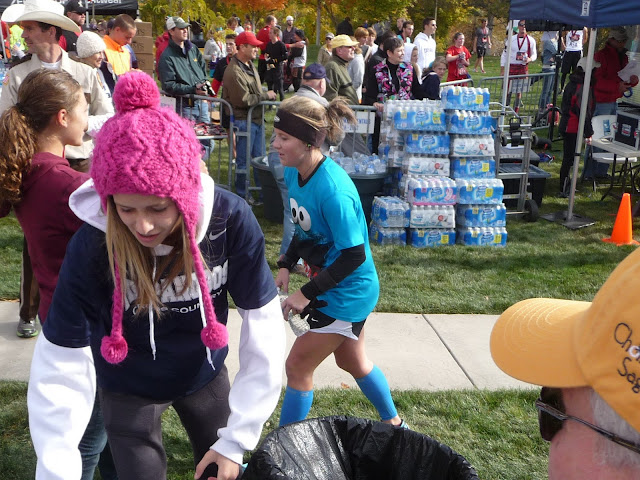 I didn't want a costume to bug me when I was running, so I was just cookie monster. Strangely, as I walked out to my car at 5am to go to the busses, there was cookie dough sitting on my windshield saying "To Kelli, Eat Me"...no idea where it came from...but fit the cookie monster theme! 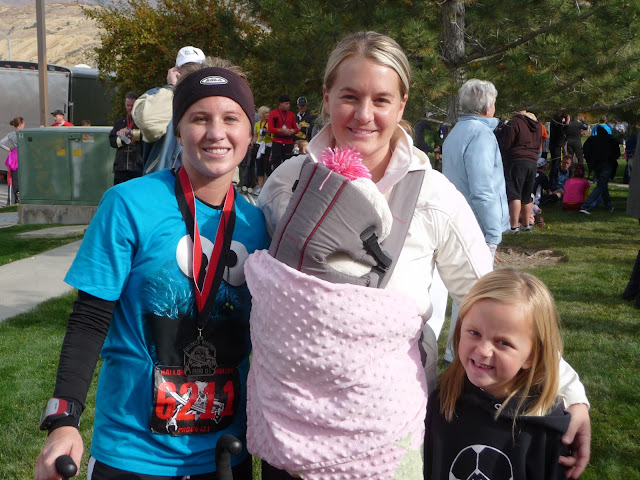 My fun support crew...I love pictures after races when I look completely thrashed. 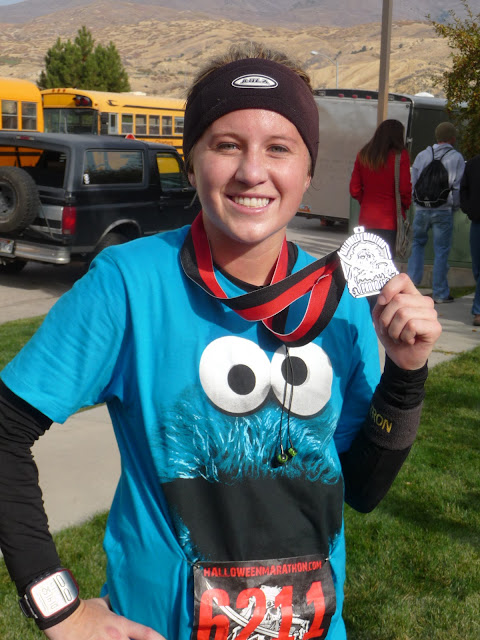 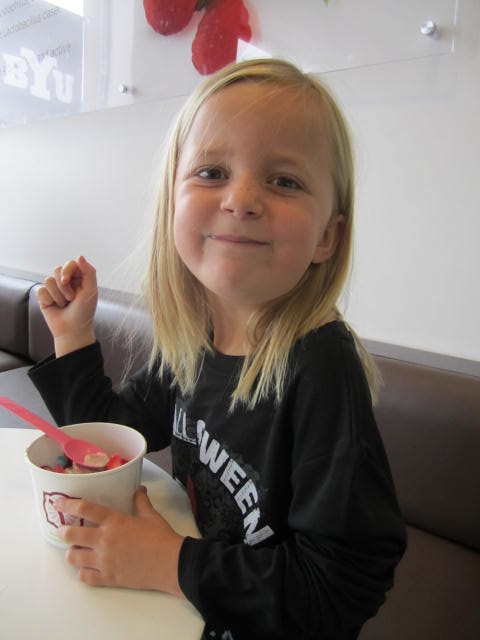 To celebrate, I took Kali to our FAVORITE place...YOGURTLAND!!! 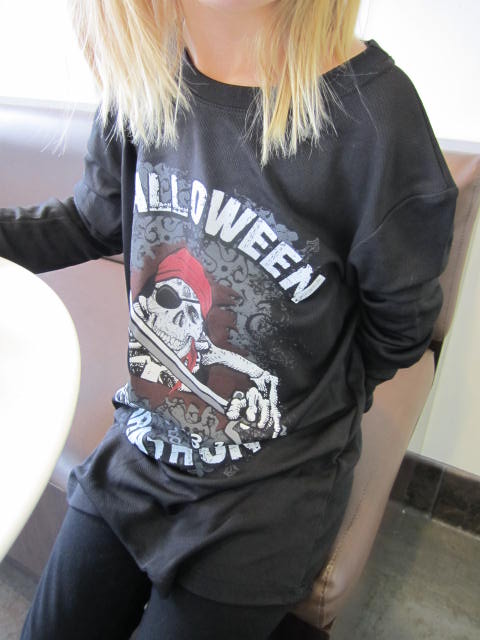 ....She thinks she is getting away with stealing my race shirt...I've never had to deal with younger sisters before, and I NEVER thought I would have a problem with someone stealing my clothes who is SIXTEEN years younger than me!

The half marathon was fun and all, but the BEST part of my day was being surprised with Real Salt Lake tickets!!! 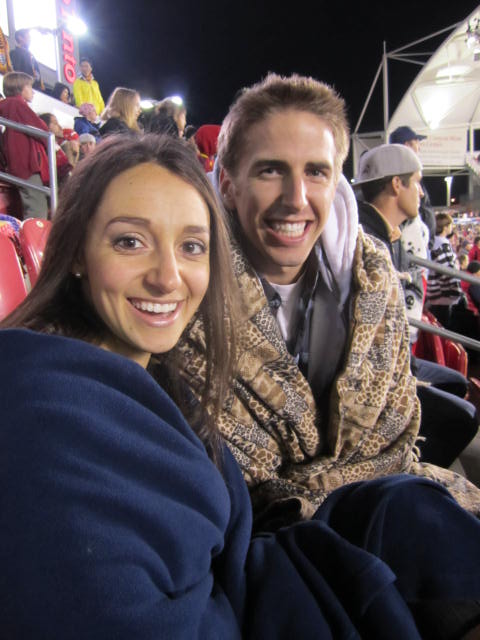 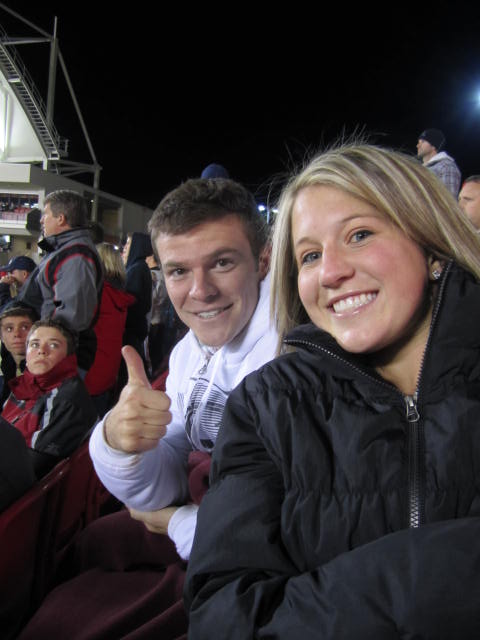 Gotta love taking pictures at awkward angles in the stands!