My life is so hectic lately. I have lived in my new apartment for 6 days until I finally went grocery shopping. How pathetic is that? I am basically always in three places: at work, at the gym, or at my sisters. I truly believe there needs to be at least 10 more hours in every day.

This last week, I worked 50 hours total + 12 hour commute = 62 hours of my life. I was EXHAUSTED by the end of the week/trying to fight off whatever illness is going around.

On top of that, I am trying really hard to stay on top of my workouts and training plans when time permits.

I am also kinda stressin that I don't have enough time to really study for the GMAT.

Besides that, I attempt to have a social life.

Basically, I have no time to eat or sleep EVER! I have tried to spice things up lately to get rid of the boring ol' same stuff. Meaning: 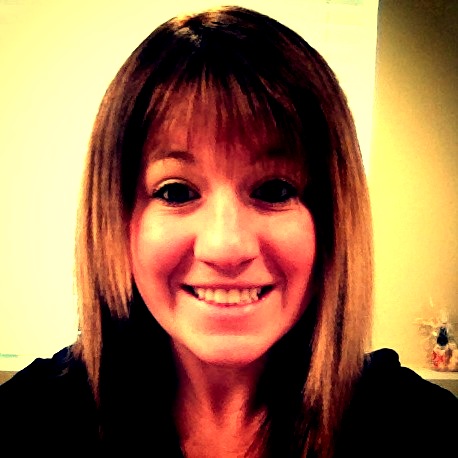 I got some hot new bangs my sister cut for me! 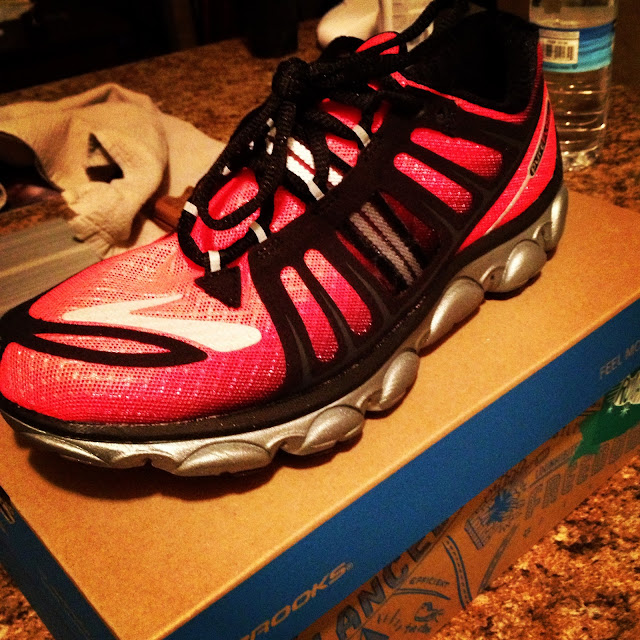 My bonus check was more than expected, so of course I splurged and got the Brook's PureFlows 2. They are absolutely heavenly!

By the way- I have changed my phone number, so email me or message me if you want it!
Posted by Kelli Julia at 3:01 PM No comments:

I Ate A Snail

So the owner of my company recently bought the La Caille restaurant. A fancy schmancy restaurant in Little Cottonwood Canyon. So naturally, everyone in my company received a $200 gift card to La Caille as part of our Christmas bonus AND if we used it in January, we got 20% off our entire meal! So CJ and I decided to venture on up to this fancy place in our fancy clothes and enjoy a night of fine dining! It was seriously so fun! I would never pay that much of my own money for food, but I have to tell you, it was by far the best steak I have ever had in my entire life! I still can't get over how amazing it was! I am still full 15 hours later! It immediately put me in a food coma for like 10 hours! Here's some pics: 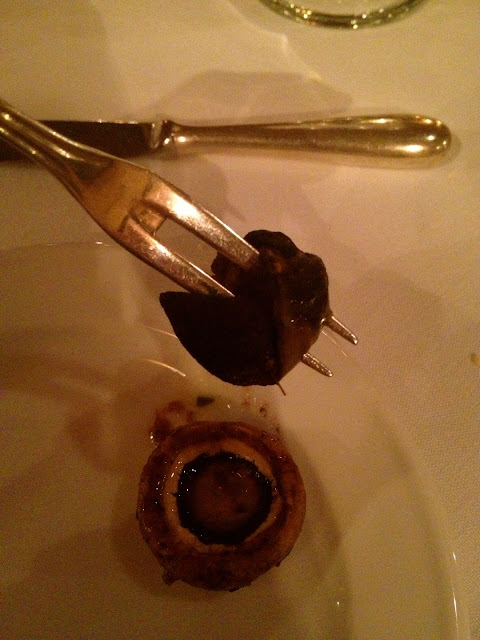 If you know me at all, you know that I have the taste buds of a 5 year old. I am all about cereal and sandwiches. So when CJ suggested snails as we were looking at the menu online a few days ago I said absolutely NOT! But, once we were in the situation, I caved and gave it a shot. They weren't nasty, but just the thought of eating a snail made me sick! I had one, and now I am good for the rest of my life! 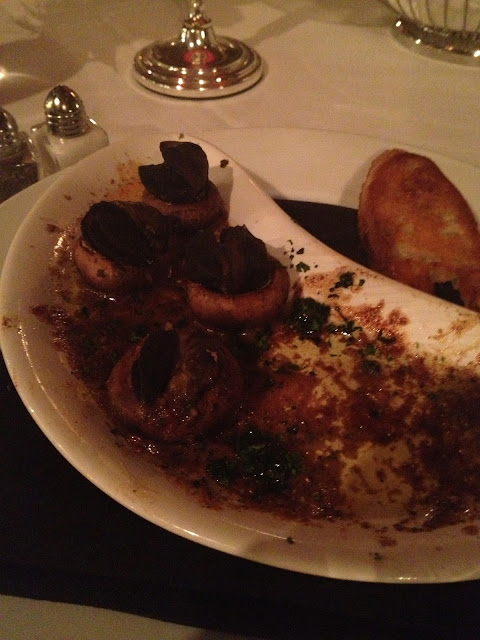 We brought 4 home- any takers?? 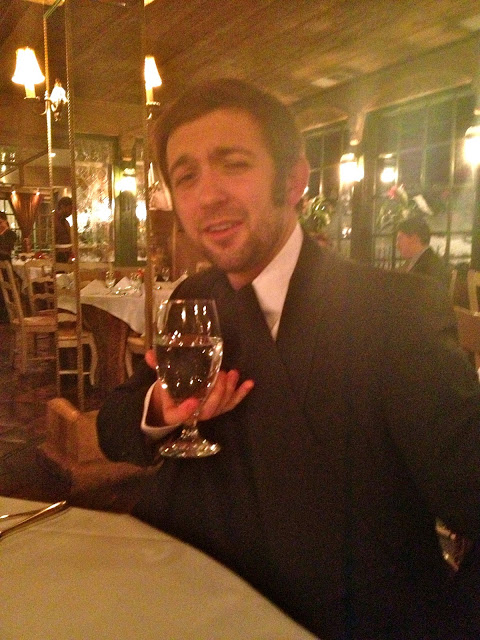 CJ acting all fancy with his water glass 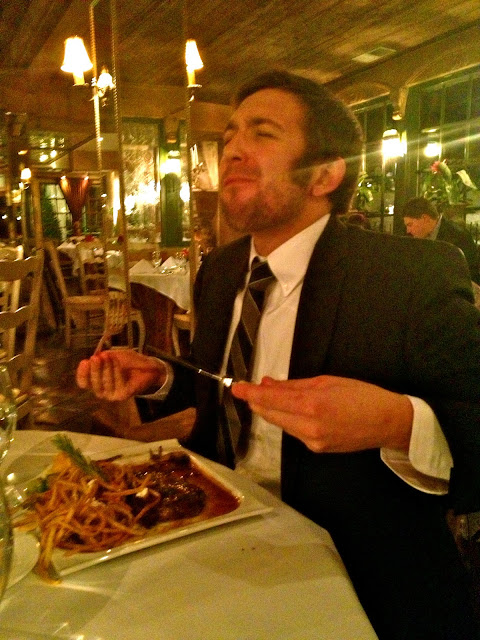 This was the image I saw the entire time CJ ate his steak. He was seriously in HEAVEN! 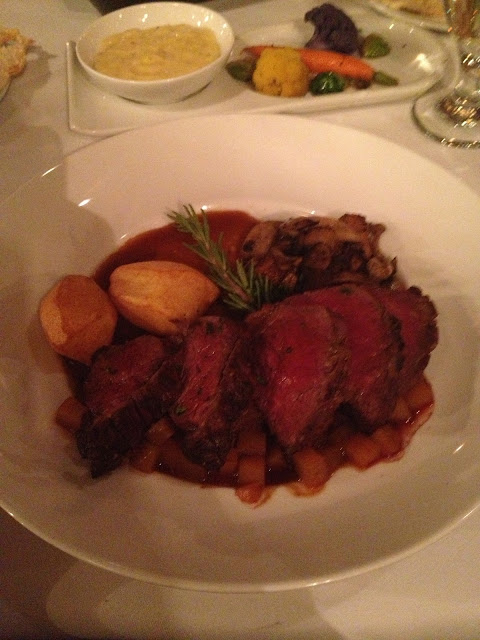 My steak. No big- $50 bucks worth of food right there! It was heavenly! 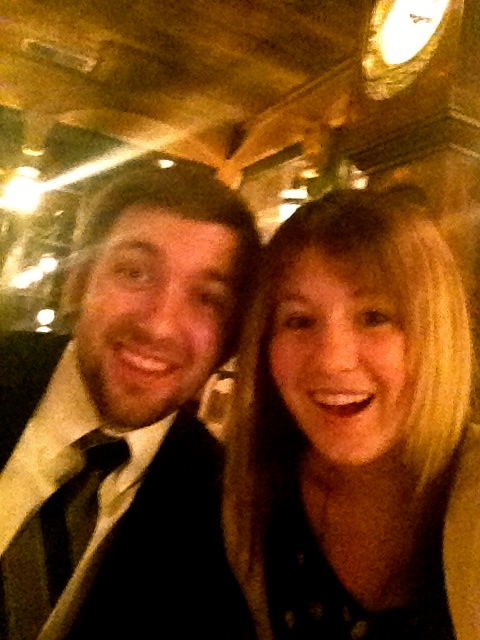 We felt sooo out of place! 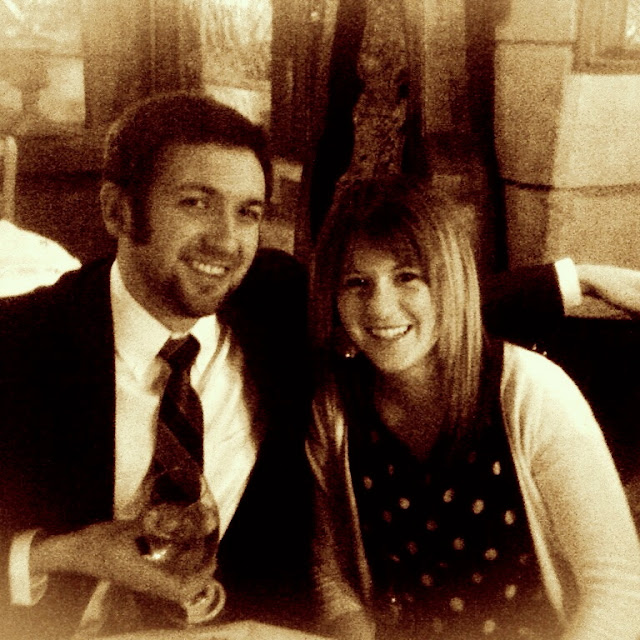 By the way- I got bangs! 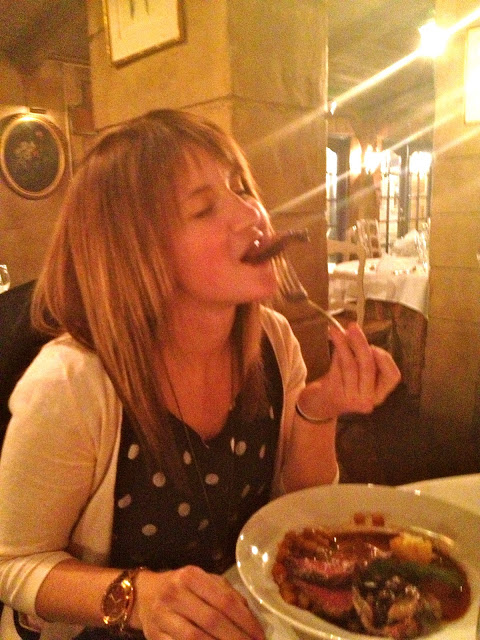 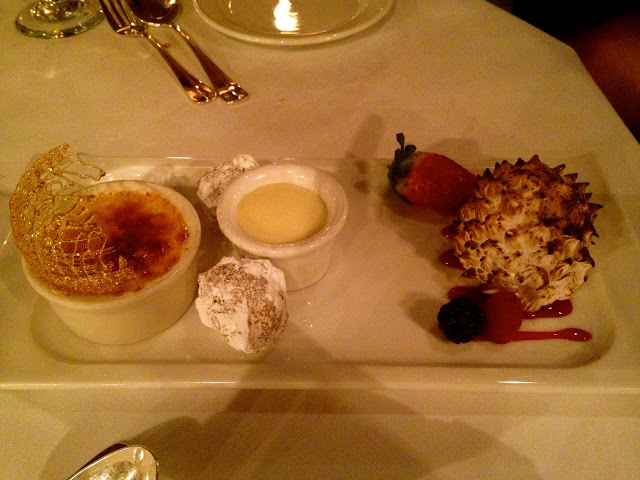 We got the dessert sampler. It was AMAZING! On the far right is the Baked Alaska- I highly recommend! It was an explosion of tasty flavors!

No, I did not go to the Justin Bieber concert, even though the title of this post is one of his songs.

I am pretty sure I NEVER thought I would live within one mile of BYU. EVER. But then again, back when I was in High School and got offered an academic scholarship to Utah State, I also said I would never live in that tiny little frozen town. Somehow it worked out and they even gave me a degree to get out of there!

So, I am in the process of moving to an apartment near BYU with one of my oldest and bestest pals Megan Story. I have no idea what my future holds, but then again....I didn't have a clue one year ago when I moved to DC a year ago TODAY, and that all worked out!

So stoked to live in the same apartment with this woman: 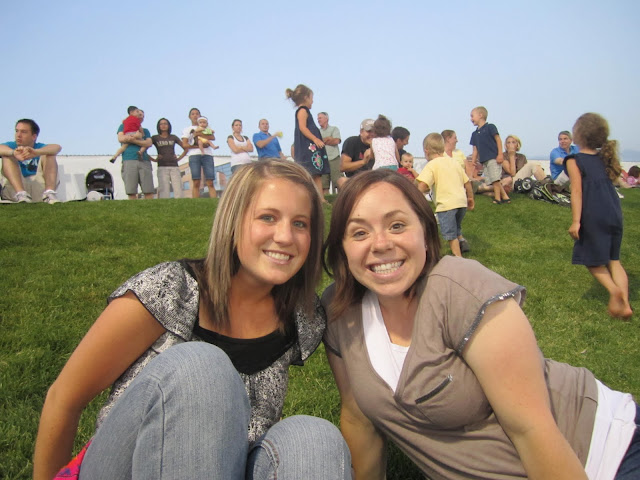 This year is going to be my year. I have already decided. Back in college, I used to make goals every Sunday. 3 goals for each category: Physical, Educational/Career, and Spiritual. I have decided to continue that by creating 3 BIG goals for each category, and then every Sunday writing goals that will help accomplish those goals. These are my New Years 2013 Resolutions:

Physical:
Educational/Career:
Spiritual:
After I made my goals, I then created a detailed plan on what I need to do to accomplish all of my goals on a regular basis.

I have already made great progress towards my goals. Today, I went to the gym for the first time in weeks! I also created a marathon training food diary to keep track of what I am fueling my body with and what will help me get faster and stronger....and help me cut back on the stuff that's bad for me. And last but not least....I just signed up to take the GMAT on February 23. I am terrified. More terrified than any marathon I have ever done. The program requires a 600 or more. The range is 400-800....YIKES! 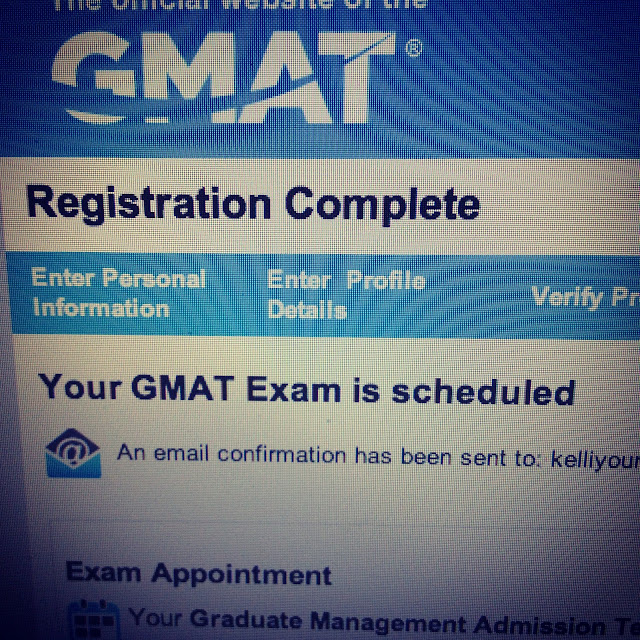 I decided it would never happen until I just made the commitment and scheduled it. You can now find me at work, the library, or the gym for the next little while.

I am sooo excited for 2013 and to put the last 6 months behind me! Onto bigger and better things in life!
Posted by Kelli Julia at 8:51 PM No comments:

This New Years was pretty low-key. I had work and didn't really feel like going out and doing anything wild and crazy. My sister and her kids planned a "family party" and since I am the newest roommate, I was lucky enough to get an invite. The festivities began at 5:00pm. I started getting stressed wondering if I could last the next 7 hours playing games that my niece Kali came up with: sack races, candy toss, present opening, gingerbread house making...the list went on! Until my sister and her husband came up with a brilliant plan...celebrate New Years at 10:00pm. We turned on CNN at 10 when they had the ball drop for Eastern Time and the kids were totally fooled. We pulled off the best New Years trick of all time! After that, we played the Wii and celebrated the New Year AGAIN at the correct time when they kids were asleep in their beds! 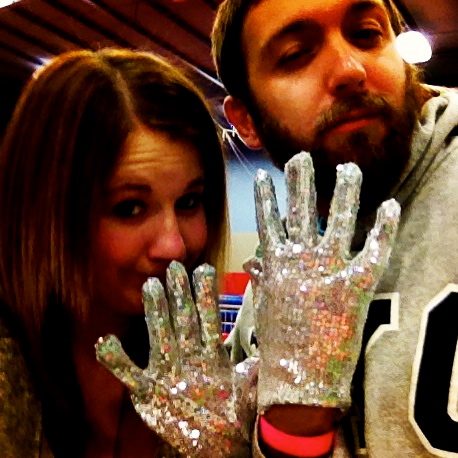 This wasn't New Years, this was Disco skating the other night! We didn't dress up, so we wanted to win enough tickets to get these gloves. When we fell 70 tickets short, we bribed the girl a dollar and she gave us the gloves! 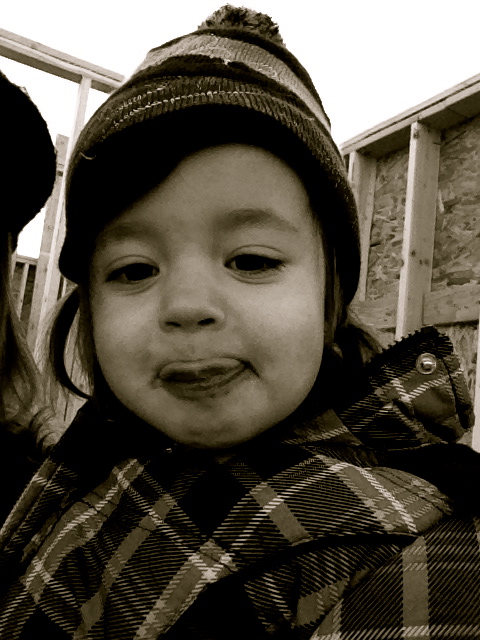 After work on New Years Eve, my sister and her husband took me to see their house they are building. I am so excited for them! It is coming along great! 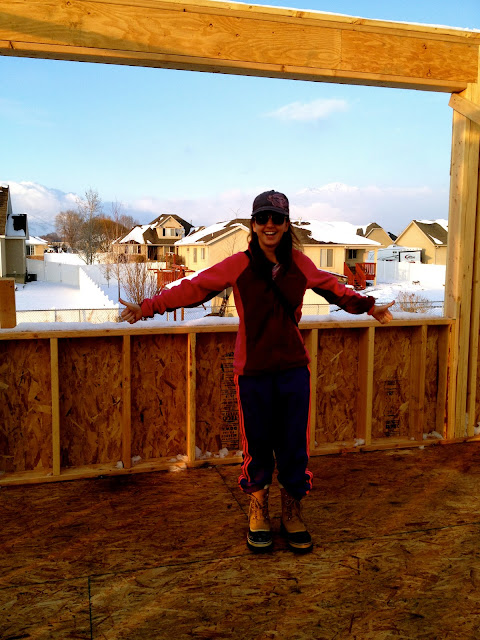 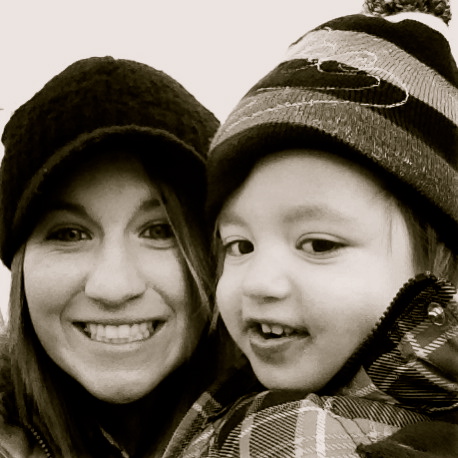 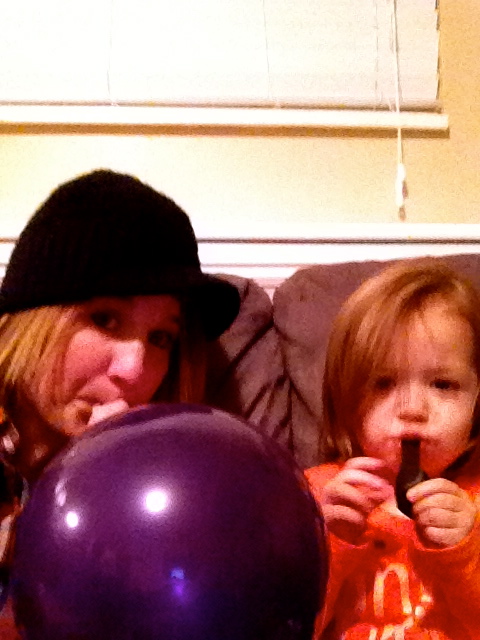 I was in charge of blowing up the balloons for the party. The balloons were SUPER old and hard to blow up, so I am going to go ahead and count that as my cardio activity for the day. Rylie had the bag of balloons, would attempt to blow one up, then hand it off all slobbery to me. We did that for an ENTIRE BAG of balloons! 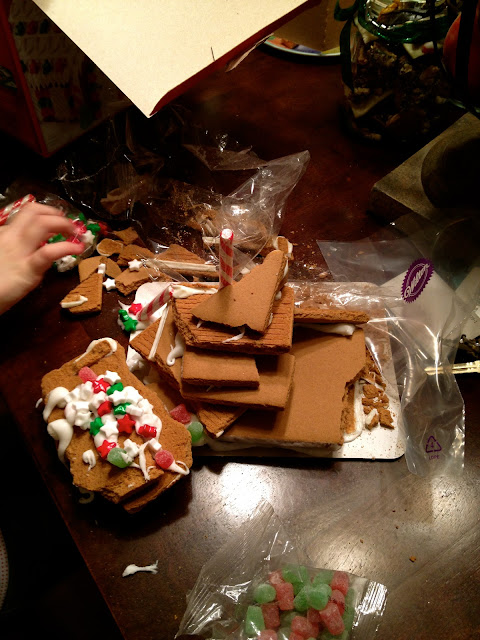 We opened up our gingerbread house box and all the pieces were broken. We had to improvise and make a gingerbread blob. Worked out quiet nicely! 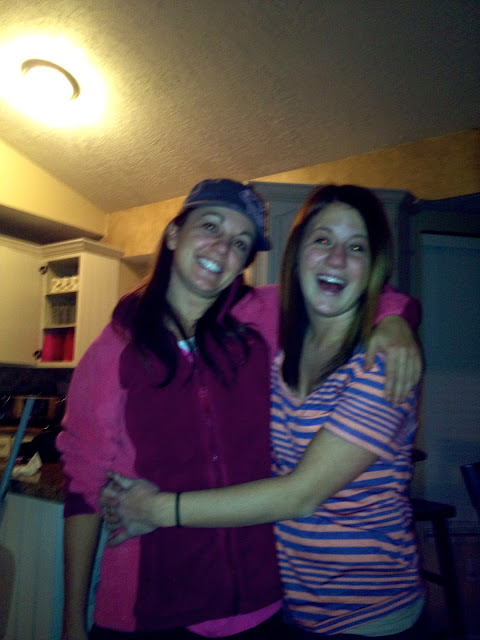 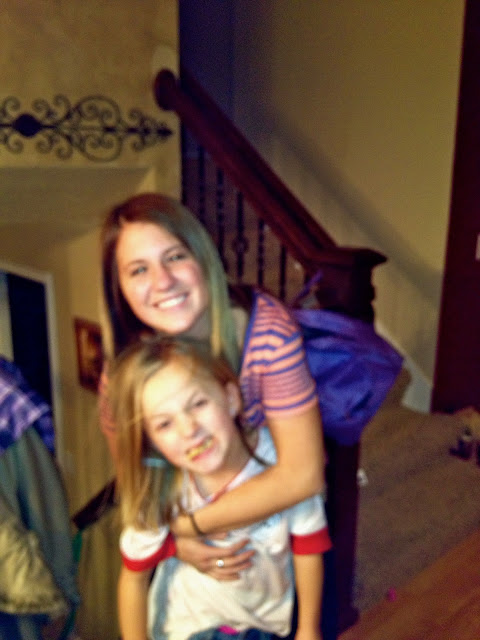 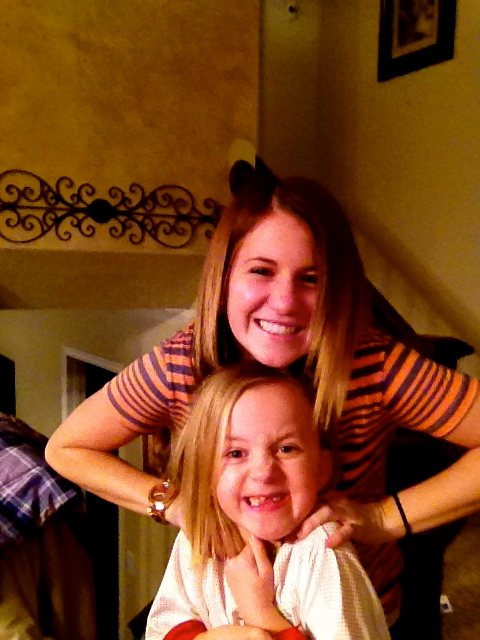 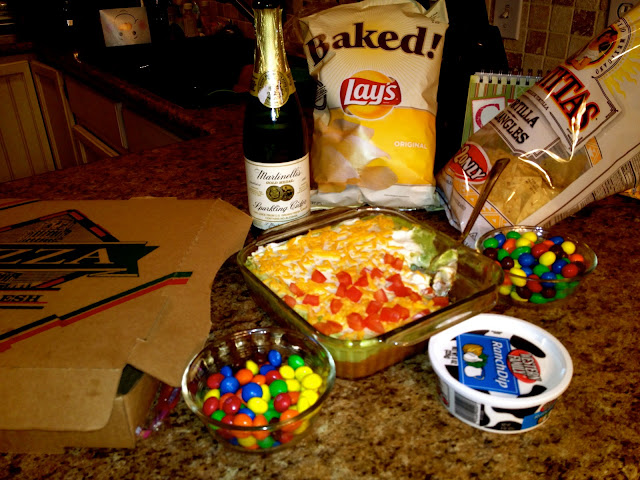 Our spread. My sister has officially reached home-maker status!

HAPPY 2013! I have a list of lofty resolutions I am excited to work on!
Posted by Kelli Julia at 9:22 AM No comments: