Have you ever been to a grownups city league softball game?? Oh my gosh! If you haven't, you better head  on down to the local park RIGHT now and get in on all of the action. Those people take that stuff SERIOUSLY. I mean, why wouldn't they? They were on their all-region baseball/softball teams in highschool 25 years ago. They were SUCH a big deal, and now they play city softball to prove themselves. SUUUUUCH a "has-been" sport. I have NEVER EVER seen more intensity and emotion than I did watching Luke's game the other night. At one point, Carlie yelled, "This isn't real life!" I mean, I understand it was the championship and all, but come on people, it's time to move on and realize that you are old and you don't still got it.

Nonetheless, we enjoyed  a nice night at Luke's softball game. Notice, we are wearing sweatshirts already. Who wants to make a bet that it will snow in Logan in 2 weeks?! Cause it WILL. Boo. 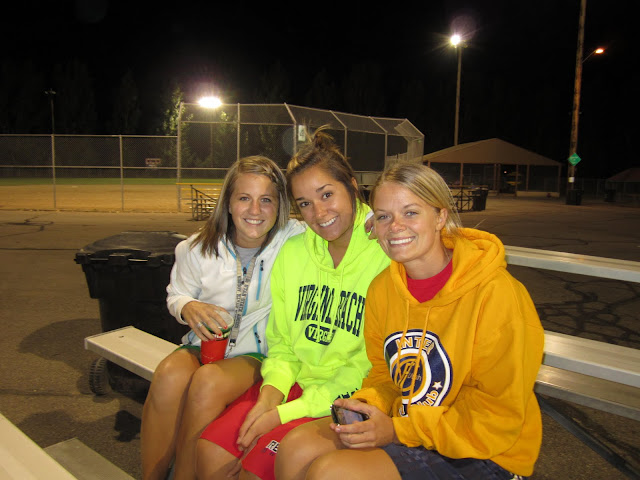 We were SUCH good fans for not knowing what was going on.... 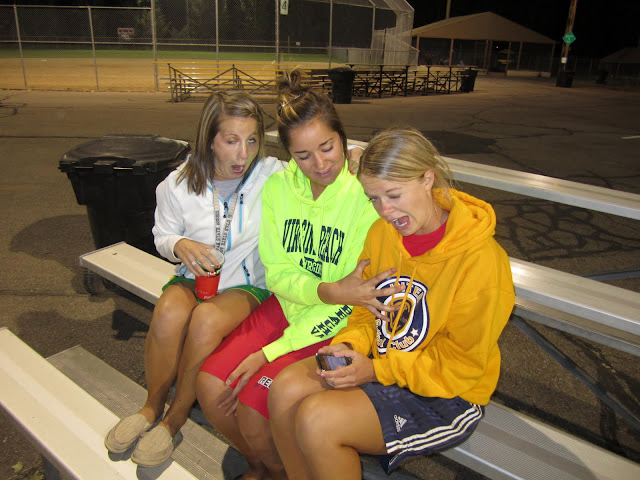 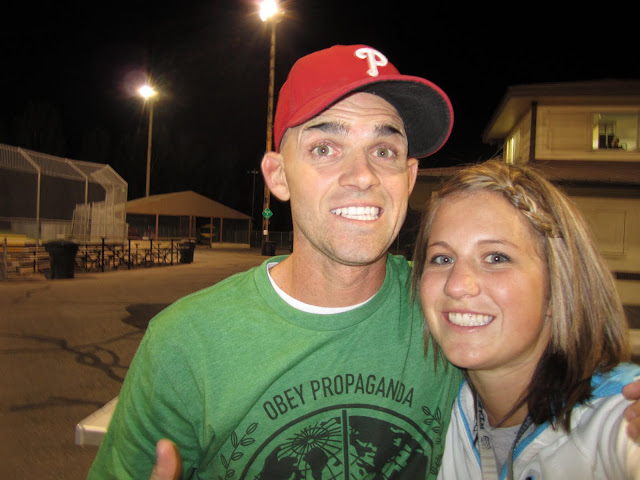 I LOOOOVE this kid...nuff said 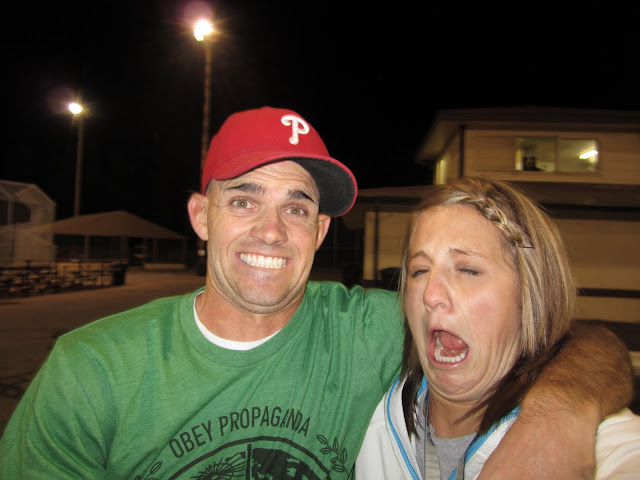 We had a double chin contest. I clearly won. Better luck next time Zac!! 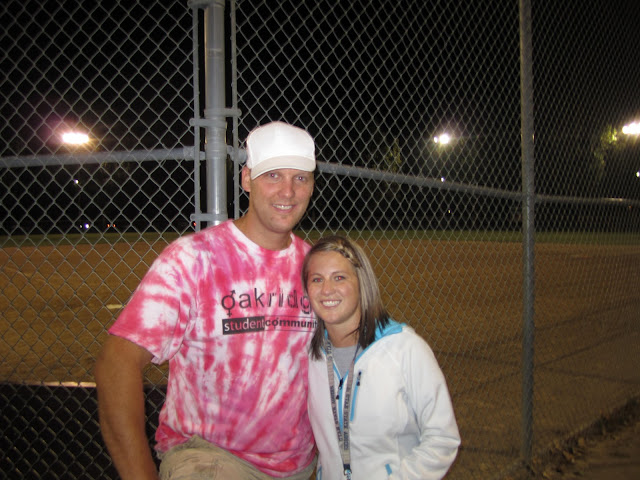 Luke was most definitely the MVP of the game, he did awesome!!

P.S. Funny Story- Before I went to the game, I had to go to a Young Women's activity and talk with the girls about some financial basics. Now, I was NOT the best in Young Women's. I made life on the leaders pretty hard. Well my friends, payback sucks. The girls were absolutely OUT OF CONTROL. I knew right off the bat that this was karma from years ago. I reaaaalllly knew it was payback when the girl that was the ABSOLUTE WORST was named Sara (the leader that I gave the hardest time when I was in YW). Ironic? Very. Let's just say I won't be accepting any YW callings anytime soon. Payback SUCKS!
Posted by Kelli Julia at 9:09 AM