Well folks, I finished up the year of 2012 with five Half Marathons. I was hoping to end on a high note, but unfortunately this was my worst race of all!

The thing I love about running is you are always having to prove yourself. You can run 10 miles and feel great, and the next day you can run 3 miles and it is the worst 3 miles of all time. You appreciate the good runs so much, because you know that there is a good chance you could have a bad run any given day.

So here's why I hated the race:

My Mistakes:
The Race's Mistakes:
So overall, I was just very frustrated with how the race was run. For the money you pay to run that race, it should be ran much better in my opinion. I have decided I most likely won't be running that one again. 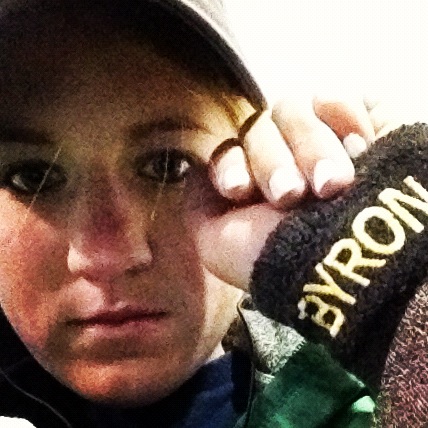 The race was the day of Byron's birthday. I have worn this wristband ever since he died. Yesterday in particular, he was on my mind the majority of the race. 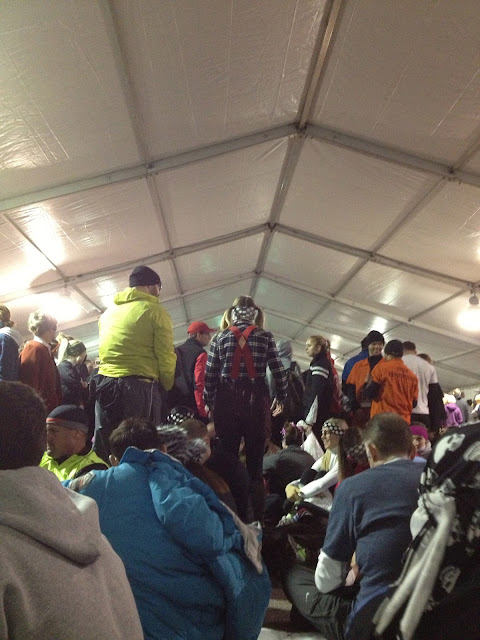 Waiting in the "refugee tent" for 3 hours was SOOO crowded and long. 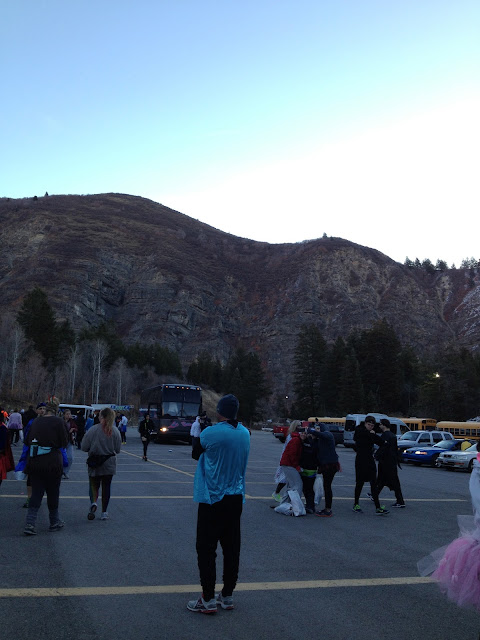 Freezing at Sundace. Another awesome thing was the bus drivers dropped us off at the resort, and then we had to walk up a huge hill to the second parking lot to the start. I love hiking up a hill right before I run 13 miles! 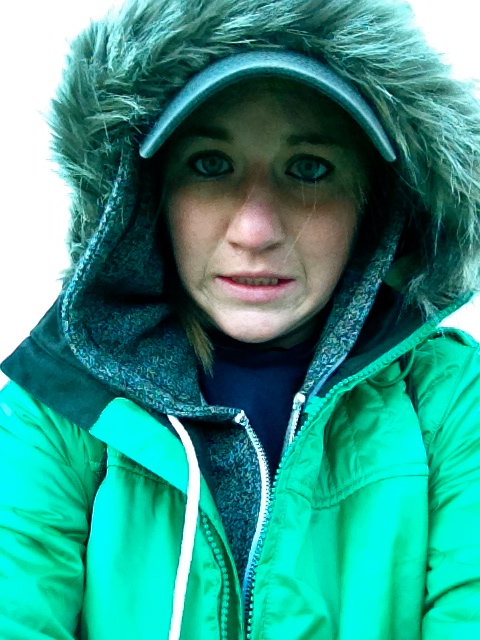 I hate freezing. It takes me back to the days of living in Logan. Woof. On a positive note, the medals and shirts were cool. 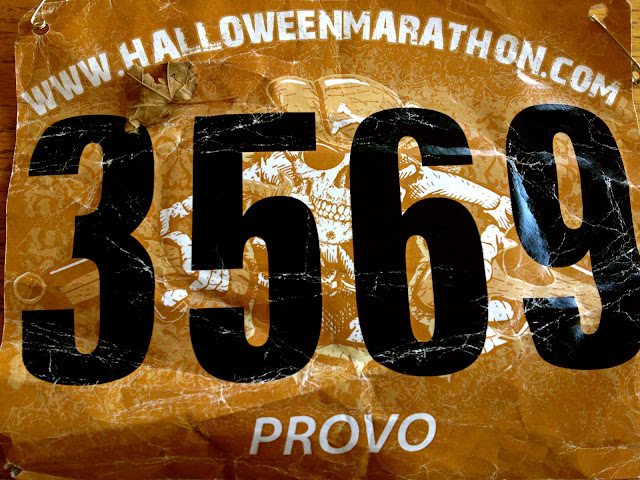 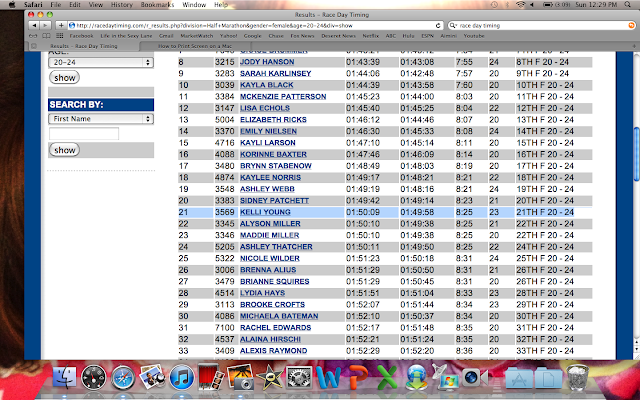 So in spite of stomach cramps and stopping quite a bit (that five minutes I stopped to call my mom + like every mile), I ended up getting 21 in my division out of 377. Not a bad placement, but not the time I wanted, especially on such a downhill course.

The good news is, failure is a relative term. Even though I consider my time and my performance a failure, in the grand scheme of things, I really didn't do too bad!

My quads are SO sore from the major downhill running. Luckily, I got a massage that night to help a little bit. More to come on the massage- let's just say there was a lot of butt rubbing involved! Stay tuned- you won't wanna miss that story!
Posted by Kelli Julia at 12:01 PM