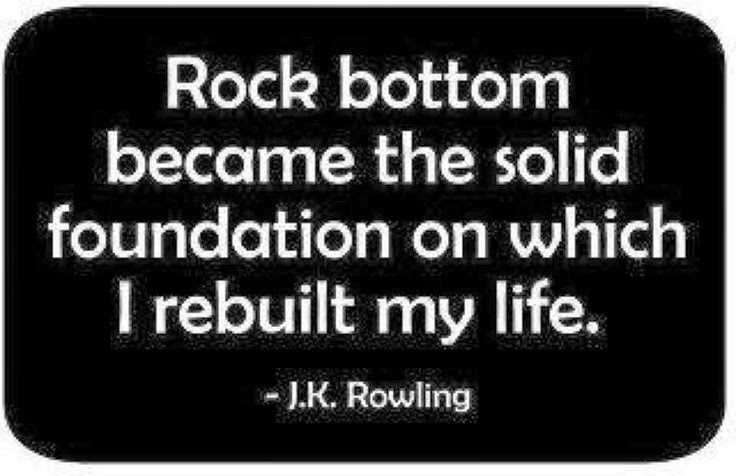 Over the course of 2013, I thought I hit rock bottom about a dozen times. I would feel the effects of the mistakes that I was making and vow to change. I would vow that I hated the drugs and wasn't ever going to take them anymore. In the addiction world, this is called "white knuckling it" and it rarely works. I was convinced that I didn't need therapy or rehab to change, I was strong enough to do it on my own. After my scary overdose, I  was absolutely convinced that I didn't need any rehab, I was never going to take drugs again. That lasted about 2 weeks before I took more. After that, I decided I couldn't white knuckle any longer, but I didn't want to live in rehab- so I compromised and began the day treatment program at Turning Point.

The day treatment program started out great! I loved being able to go home and have my afternoons and evenings available to do what I wanted to do. But, about a week into the program, I found myself driving to the pharmacy on my way home and picking up some more drugs.

That Tuesday, I took half a bottle of Soma. After that, I decided that rehab wasn't for me and I wasn't ready to give up the drugs. Over the course of the next 3 days, I took a total of 60 pills. One night, my therapist even came over and sat with me just to make sure I didn't die or have a seizure or anything. It was an intense few days.

So here I was: a rehab drop out. I pushed everyone close to me away and hid in my house gulping down pill after pill for the next 72 hours. This was what my life had come to and I didn't see a way out.

Then, something crazy happened. I was laying on my couch in a daze and I saw two VERY CLEAR paths in front of me. One path was death. The other path was life. Shaking and crying, I reluctantly called my sister, parents, and therapist to come to my house.

I chose the harder path: Life. I told them that it was time to get help and I was going to do whatever it takes to get better. I called my boss and quit my job, so that I wouldn't use my job as an excuse to leave rehab early. I was fully committed to getting better.

From that point forward, I worked my butt off. I worked harder than I have ever worked for something in my entire life. I didn't spend any time thinking about the outside world and I rarely even called family or friends, because I was so focused on the program and the process of getting better.

I am so grateful that I hit rock bottom. I am even more grateful that even when death seemed like the easier choice for me, I decided to choose life.

Even now, during early recovery, I have to choose life every single day. Recovery really sucks. You have to really want it, because detoxing  makes me really sick probably about 85% of the time. Some days I sleep all day, because my body is healing. Sometimes I randomly throw up. I have a really hard time remembering thing sometimes, because my brain is healing. Some days it really seems like it would be easier to just use again, but I know that's the addiction talking, not me. It's too hard for me to say that I will never do drugs ever again, but I CAN say that I won't take drugs today.

Sorry, this post was really long, but I really wanted to document this while it's so fresh in my mind. Thank you so much for all the love and support, it really means the world to me.
Posted by Kelli Julia at 10:12 AM