Wow. I can't believe I am actually the owner of every female runner's coveted race medal: A Tiffany's Necklace. Everything about this race and the events leading up to it were completely out of the ordinary.

Back in November, I read in a running magazine that the Nike Women's Race Series was finally branching out of San Francisco and doing an inaugural race in DC this spring. Being the big dreamer that I am, I decided I might as well take my chances of 1 in a million and put my name in the lottery to see if I got picked. Out of nowhere, I was at work about a month later, and was notified that I actually did get picked to run!

The past few months have been craaaazy busy. I have probably ran a total of MAYBE 20 miles since December. I was not training AT ALL for this race, because I have had so much going on. To add to my poor fitness level, I have also been on a doughnut kick lately and have eaten a doughnut probably every day for the past couple weeks. The true makings of a champion.

A week before the race, I finally saw my chiropractor about an ongoing intense pain I have had in my back for the past three months. That's when I discovered I had a rib out of place that he was unable to get back into place. At that point, I had given up any hopes of running the race and decided just to play in DC. I decided just to bring my running gear just in case I magically woke up and decided to run the race.

Well, I decided I might as well give it a go. My roommate did her amazing massage therapy magic 3 days before the race, and I am 100% positive that's what got me through the pain along with my adrenaline and drive to finish.

The race itself was super chill. I love being a part of really big races in really cool areas. The course went along every staple of the city: all of the monuments, the Capitol, and the White House. At the end, you finished on a red carpet with a man in a tuxedo giving you the necklace.

By some magical super powers, I finished in 2 hours and felt like I was being overly cautious the whole time pace-wise. I am so glad I decided to do it, because it's probably only once in my lifetime I will ever actually get picked in a lottery race like this one! 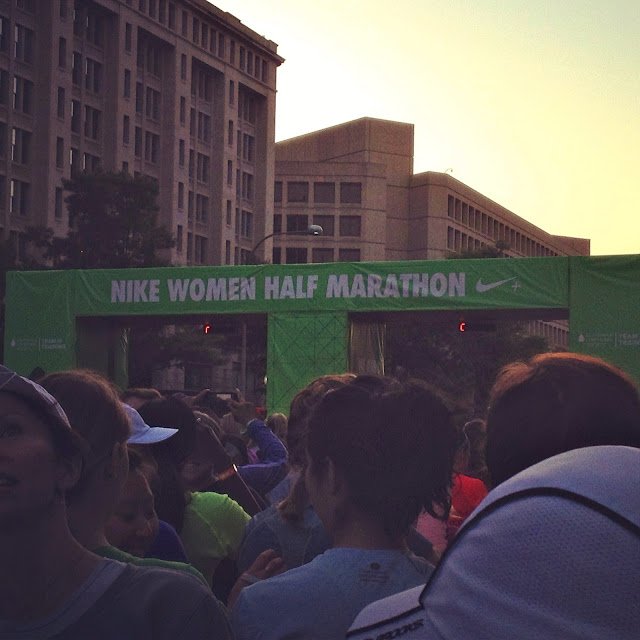 At the starting line, there was a great memorial to the victims of the Boston Marathon. They also had some elite runners on the Nike Team, including Shalayne Flanagan (fastest marathoner in USA right now). It was so cool to be a part of the same race as someone I read about all of the time! 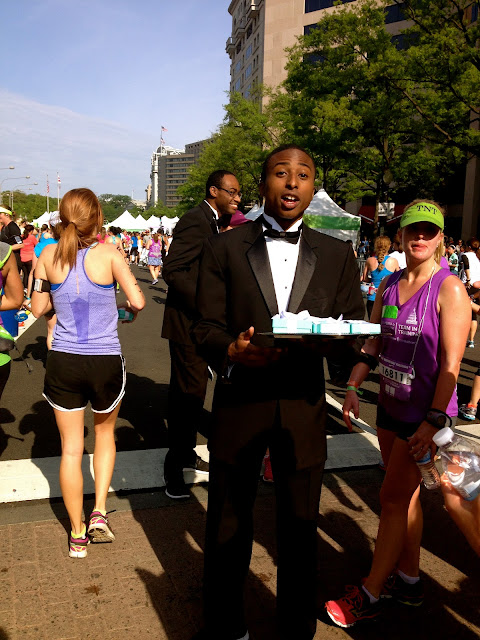 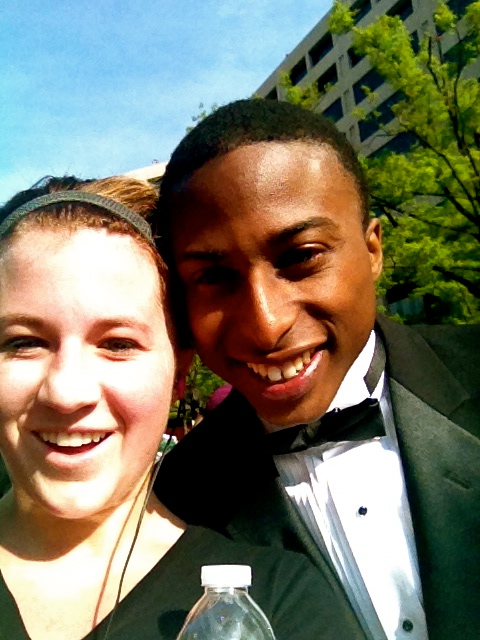 I am not very photogenic after pounding asphalt! 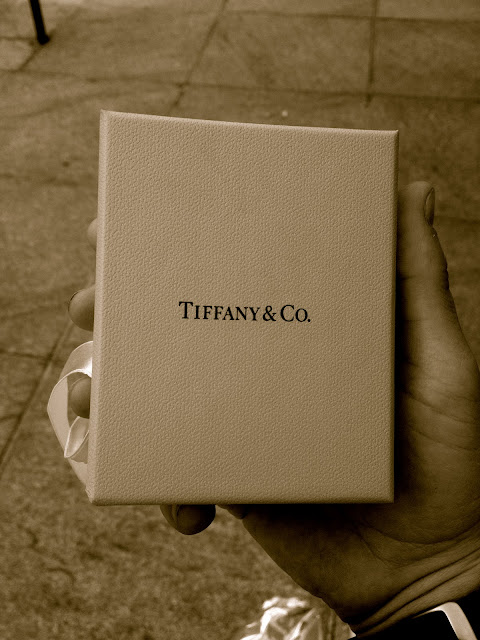 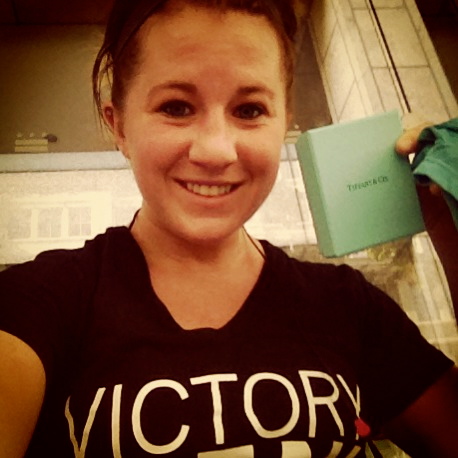 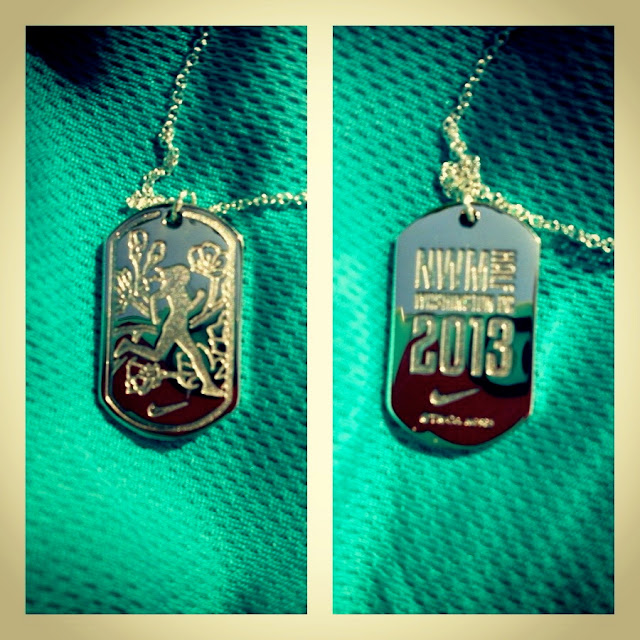 I will now be wearing this necklace every day until I die. 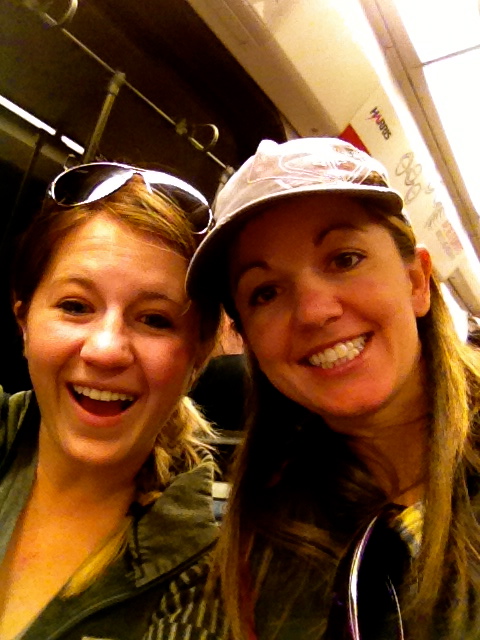 I was so pumped up after, I took a shower and we hit the city again! We went to three museums, saw more sights, and went to two of my favorite local restaurants! I really think I should move back. 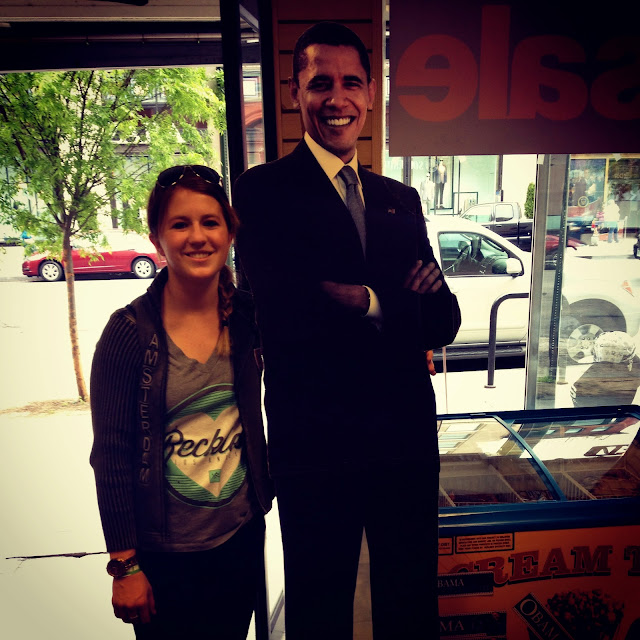 Barack and I had a great chat about his policies. 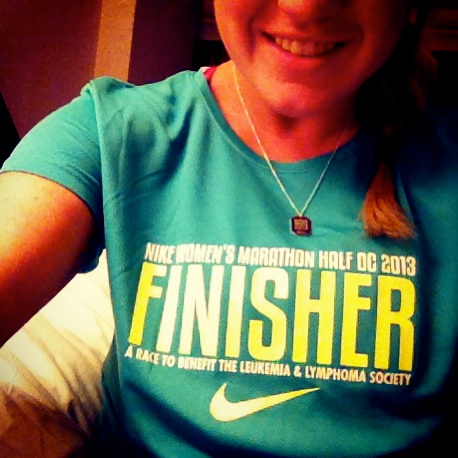 Who just runs 13.1 miles just for a shirt and necklace? This kid. 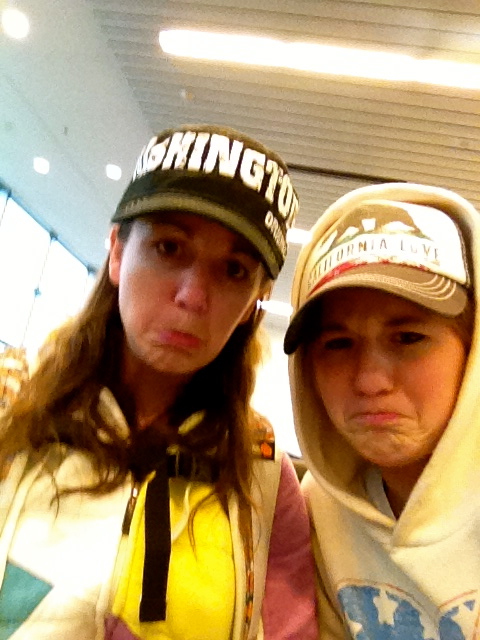 Along with many firsts this trip, we also had a bad first. It was the first time in both of our lives that we have ever missed a flight. We are now stuck in the JFK airport for the next 8 hours on standby. Wish us luck!
Posted by Kelli Julia at 7:09 AM