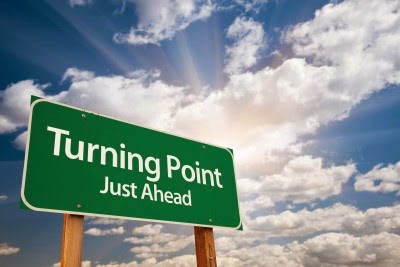 My road to rehab was a crazy one to say the very least. This story will be told in a few different parts, since it's actually a really long story.

Like I have already said- I have struggled with abusing prescription medication since I was 16 years old. From November 2011-August 2012, I was completely sober and believed that I had kicked my problem with prescription pills. Then, in August 2012, my heart was shattered into a million different pieces. I began questioning my life, purpose, beliefs, etc. I was overwhelmed by life and just wanted to escape. I decided to turn back to my old coping mechanisms and began seeing a dr. regularly to get a very addictive combination of medications.

From October-December of 2012, I was very up and down with the drug abuse. I would lose weeks at a time. I don't even remember the holiday season of that year. I began burning bridges with people I really cared about and spent most of my time focused on building my career. I was completely dead inside and didn't know how to cope. During the holidays, my family began to worry about me. I would show up at my parent's house completely strung out on meds. At that point, my dad called my Dr. and told him to stop prescribing me addictive pills. When my parents went out of town, I went to my dr. and convinced him to continue to prescribe me these medications swearing up and down that I would not abuse them. He wrote out 120 fioricet (my favorite med) and 60 xanex just for one month.

The week that I got all of these meds also happened to be the same week that I got really sick with the flu. I began taking pills, falling asleep, waking up and taking more pills, and falling back asleep. I slid into a very very deep and dark depression. I didn't get out of bed for five days. I honestly don't remember that entire week. I had so much medication in my system that my brain couldn't even form memories from those days. The only information I have is what people told me and by looking at what I was saying to people on my phone. It's so scary to me that I was still functioning, but have no memory. I dropped ten pounds in those five days. As I got more and more meds in my system, the scarier my depression got. Finally, one night, I decided to just end everything. I wrote a suicide note and gulped down a bunch of pills.

Next thing I knew, I woke up in a psychiatric hospital. My sister and friends had found me passed out in my apartment and took me to the ER. Once I was medically stable, I was ordered to suicide watch. I still have a very hard time thinking about the week I stayed in the psychiatric ward. Patients in those places are treated like less than a human being. I can't even tell you how much shame I felt. Instead of stabilizing me, this trip to the hospital did the exact opposite. It made me feel awful about myself. It made me not want to live anymore. I still get PTSD treatment for the nightmares I have about that place. It's really hard for me to tell people that I wound up in a psychiatric ward. I feel like such a failure thinking about it.

After five days, I was finally allowed to go home. I got lined up with a therapist and was given a three month supply of five very addictive medications:

Soma- Muscle Relaxer that is also used as a horse tranquilizer.

Fioricet- Barbituate (My #1 drug of choice)

Effexor- Very heavy mood stabilizer. I suddenly quit taking this medication a few months later and went completely insane. I did the craziest things when I came off this medication. I went to the store, bought a body length mirror, and punched every square inch of the mirror. Don't remember doing any of that.

So I walked into the hospital having been overdosing on fioricet and xanex, and was given 120 fioricet a month, along with 90 soma a month at a three month supply. If only that Dr. knew what he was doing... that combination became my world for the next year.

I am going to stop here for now. I have a lot more to talk about as I tell my story of how I wound up in rehab after a year of being high every single day after hitting the jackpot of medications at the psychiatric hospital.
Posted by Kelli Julia at 8:47 PM