So I am sure you all know how I feel about the election. Considering I, who watch and listen to Fox News and CNN daily am sick of hearing everyone's reaction...we won't go into that.

Besides wanting to throw up, pee my pants, and literally shaking in my boots all night long...it was actually a really fun night...besides the results of course.

Early in the evening, Senator Lee had a little dinner for his staff, family, and old interns at the Macaroni Grill. It was fun to see everyone and catch up.

After, we walked across the street to the Hilton, where the Utah GOP Election Day party was. That was the happenin place! All the "big wigs" of Utah were rollin around there! It was fun to be apart of something like that! I mean, who knew that anyone could go??! I sure didn't. I walked away with a free T-shirt, a tootsie roll, a sticker, a sign, and I actually was interviewed by a newspaper and radio station! I found my nice little newspaper quote in the UofU Daily Chronicle, but have no idea what radio station interviewed me, or if I was even on the air! It was a fun experience though!

Here's some pics of the night: 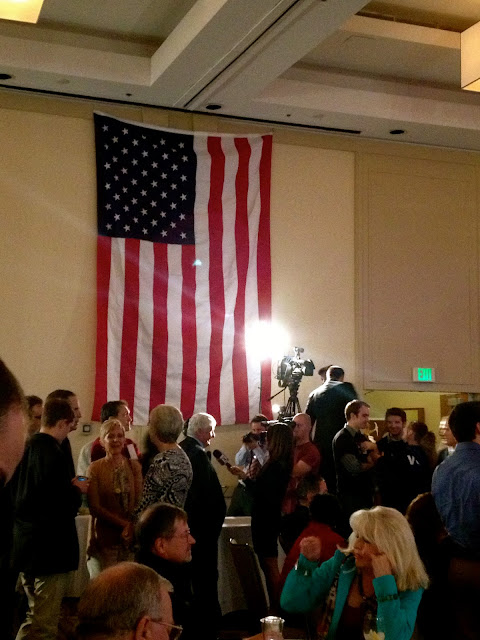 The Chairman of the Utah GOP 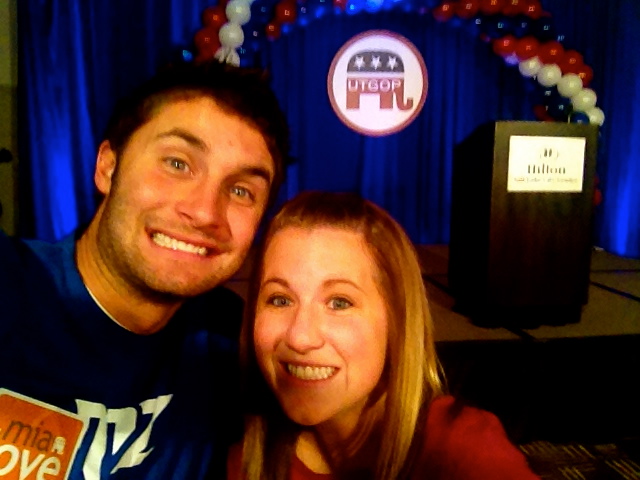 I made Trevor walk through the crowd acting like a big deal until we got right next to the stage to take a picture. The perks of looking like I am some annoying 12 year old who has no crowd etiquette. 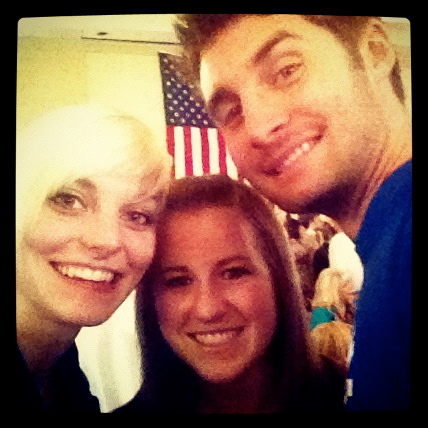 It was soooo fun to see all my pals from when I lived in DC. I have missed them and DC soooo much! 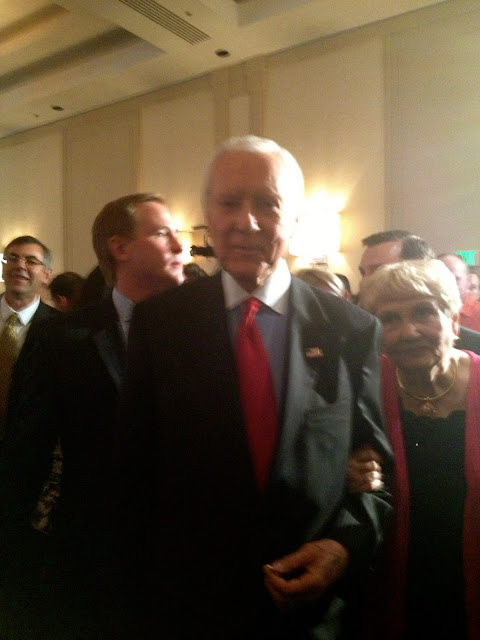 Before his victory speech, Senator Hatch and his wife stopped so we could get a high quality iphone picture of them! 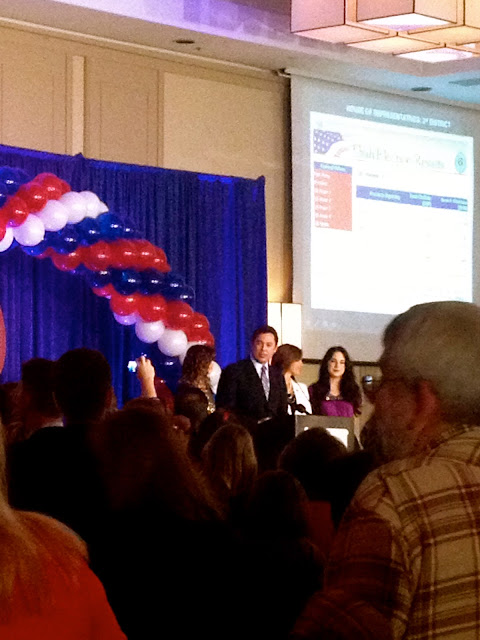 Jason Chaffetz's victory speech. I am currently wearing the free t-shirt I got from his campaign! 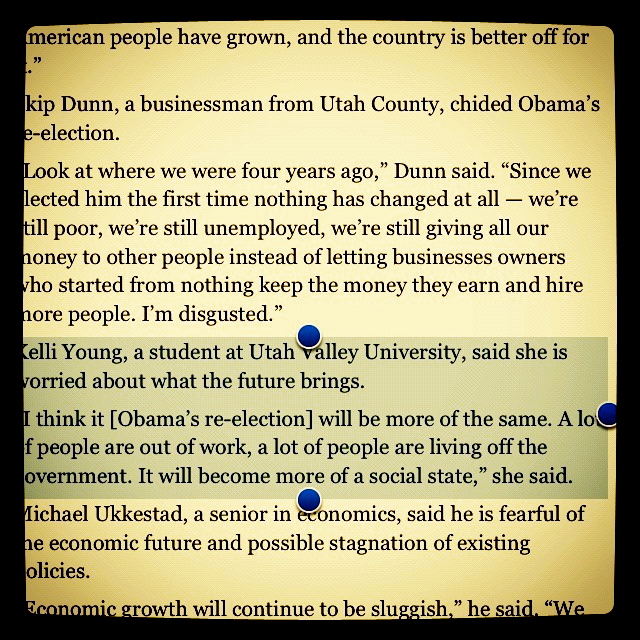 My newspaper quote. I asked my coworkers if they wanted my autograph...apparently the Daily Chronicle isn't really that big of a deal?

I am really really sad for Mitt, but more than anything, I really really hope we actually see some real HOPE and CHANGE from our President, rather than the recent strategy he has brought to our country to DIVIDE and CONQUER.

Like everyone else has been saying, God is King no matter who the President is. We will make it through, but I am sure going to be praying for my elected officials daily! We need all the help we can get!
Posted by Kelli Julia at 10:22 PM