First off, thank you so much for all of the love and support regarding the last post about recent struggles. I was shocked by how many people actually read my blog. As always, I like to be honest, authentic, and transparent...even when it means admitting I am struggling with certain things in life.

So this weekend I ran the Spanish Fork Half. It was a pretty low-key race and there weren't nearly as many runners as I was used to. The course was beautiful, but the three hills they stuck in there were a MAJOR frustration and obstacle for me. I had a hard time mentally on those hills. I didn't get my best time, but I didn't get my worst time. I was pretty average, which is what I expected after all that I have been through and feeling these past weeks. I am exhausted today and ready for a big huge giant Sunday nap!

Here are some pics of the day: 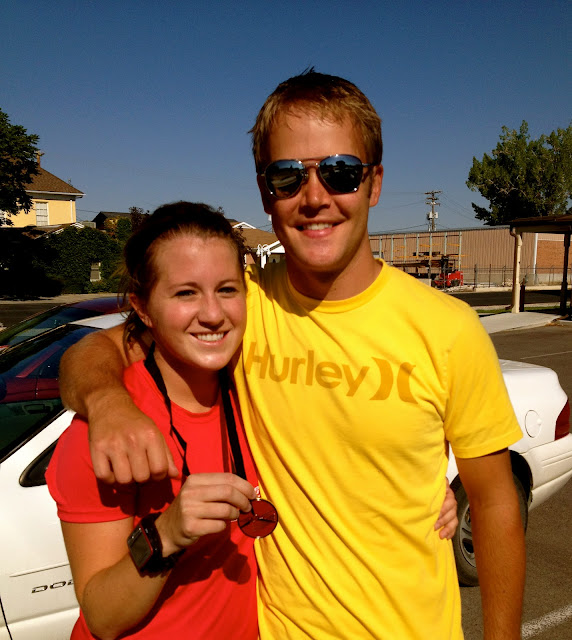 This sweet boy came down from Logan and was waiting for me at the finish line with a nice big bottle of water AND the new USU game day shirt that I am soo excited about and probably wearing right now. 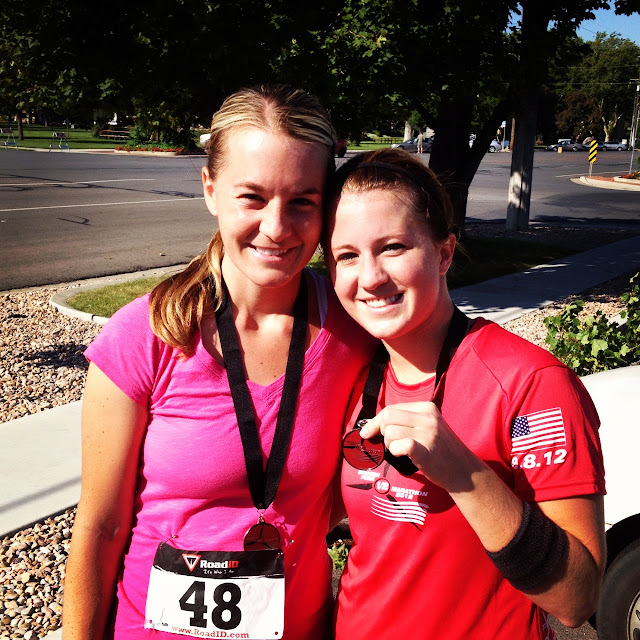 My sister and some of her friends ran the race as well!! 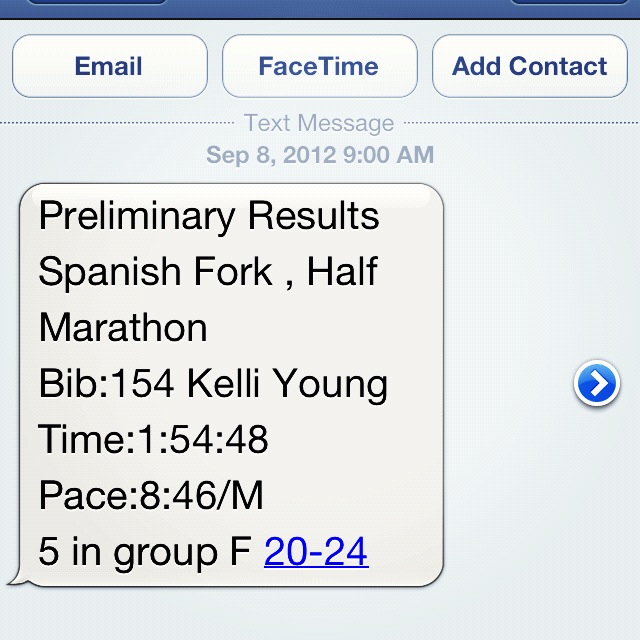 The cool thing about this race is they texted us the results immediately. I wasn't too happy about the slower time...but you have to take into account the hills...my stress fracture, and all the millions of excuses I can think of right now. BUT, I did get 5th place in my division, which isn't too shabby. 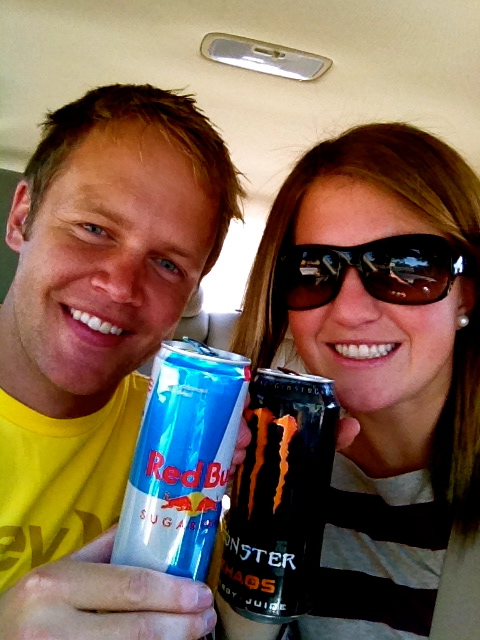 After I got all showered, we were ready to go! We went to Magelby's and got breakfast (made an energy drink pit stop), then Jesse kicked my butt in mini golf, and we played a few arcade games with the four dollars we had at a trafalga. Combined we had almost 100 tickets!! Pure talent. 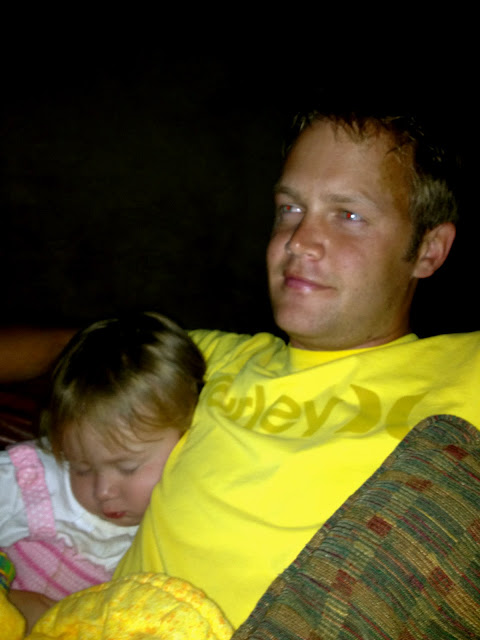 After Trafalga, I was exhasusted and made Jesse come home and watch friday night lights with me (tv show on netflix that I am OBSESSED with!) Well, I laid on one shoulder, Allie on the other...and we both ZONKED! Such a ladies man... 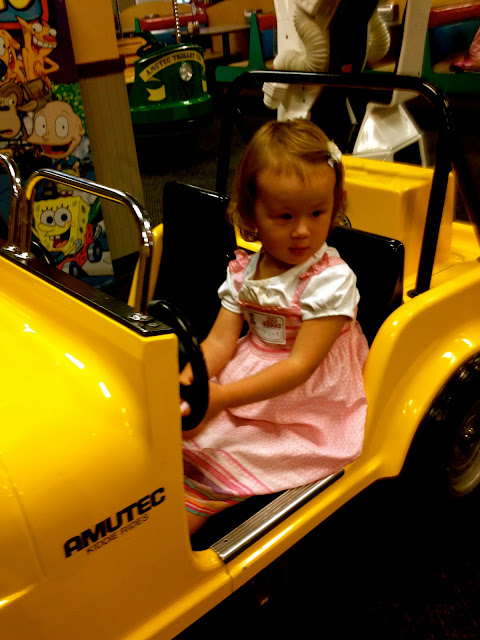 When we woke up, we decided to go to Chuck E Cheese. Jesse had never been and I was SHOCKED!! I'm pretty sure he understands my love for that place now! 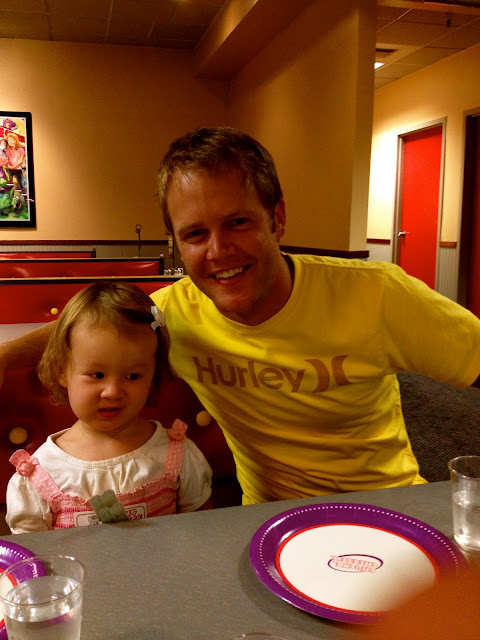 Allie thinks Jesse is her boyfriend. She wanted to sit by him, play the games with him, and hold his hand the WHOLE time. She also downed THREE pieces of pizza! I was super impressed considering that's how much I had and I thought I was going to die!! 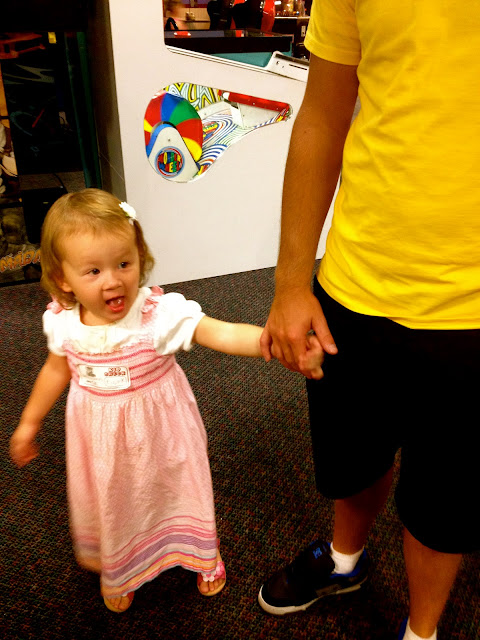 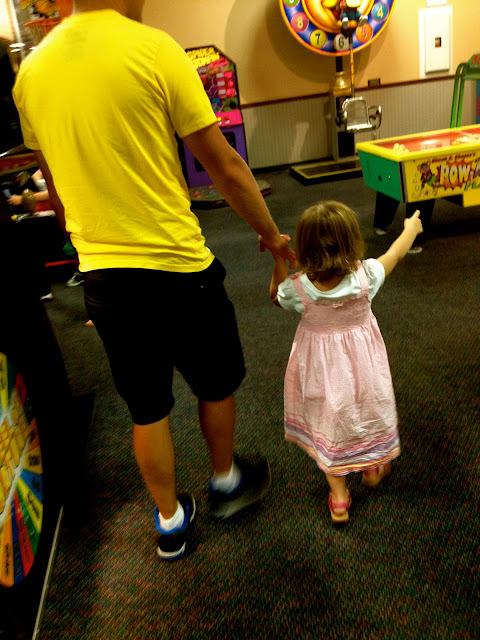 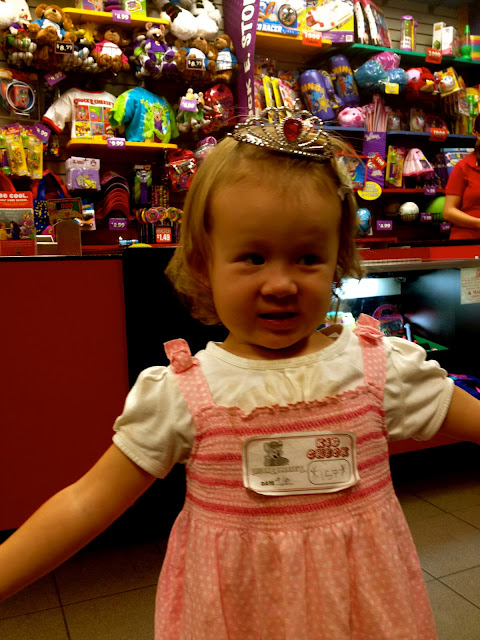 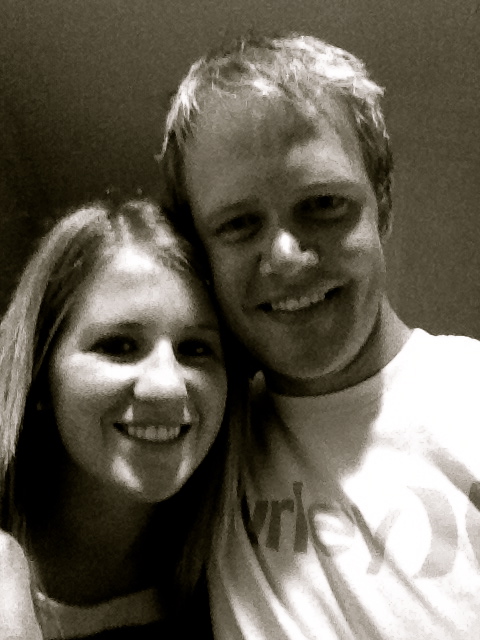 Jesse and I (the lighting was bad, so I opted for black and white) 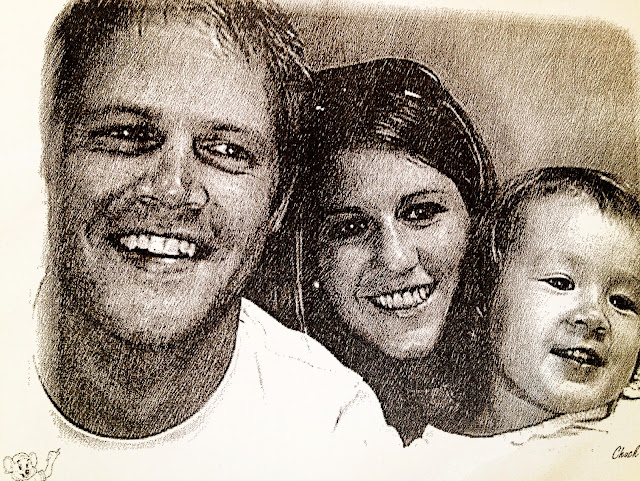 Exactly the Saturday that I needed!!
Posted by Kelli Julia at 12:36 PM